The Cornerstone Enactus team has 60 student participants from six different academic divisions. They worked on a total of 12 projects throughout the 2015-16 academic year. These projects were funded through student government, fundraising efforts and donations from local businesses and faculty members. These various projects included assisting local businesses with social media marketing, hosting a job training seminar for a local women’s center, facilitating an idea pitch competition for middle school students, hosting an International Artisan Market and more.

The presentation team has been preparing since January. In March, they were named regional champions at the Enactus USA Regional Competition in Lombard, Ill. The team presented a 17-minute multimedia presentation highlighting the outcomes of four projects that they completed this year. The team received feedback from a panel of business executives, and they then adjusted their presentation to prepare for nationals.

The presentation was focused on qualitative and quantitative results from each of the projects. The team presented this information to a panel of prominent business professionals from around the nation and participated in a short question and answer period after the presentation. They also presented an annual report with details about the budget and each of the projects. The annual report was designed by Cornerstone undergraduate student Andrea Dodd. The presentation team included graduating seniors Jacob Rhodes and Paige McGoldrick, along with current undergraduate students Noah Lehmann, Katrina Lee, India Hager and Jordan Van Dyke, along with undergraduate student Austin Lash, who assisted with media.

The team presented on several projects that they were able to successfully conduct throughout the 2015-16 academic year. This included the International Artisan Market, MicroGive, the Social Media 101 seminars and assistance with the Night of Nets campaign. The presentation highlighted several ways that Cornerstone University Enactus was able to help small businesses, non-profits, local organizations and people from all over the world.

Cornerstone’s team was placed in a league with five other teams from all across the United States. There were 20 leagues total at the National Exposition. The winning team from each league moved on to the semi-final round, in which teams from around the nation competed for the chance to represent Enactus USA at the 2016 World Cup. This year’s world competition will be held in Toronto, Canada, in September. La Sierra University from California will be representing Enactus USA.

The Cornerstone team received second place in their league and was identified as one of the top 40 Enactus teams in the nation. The team was recognized on stage at the Enactus USA opening rounds awards ceremony and was awarded a cash prize of $1,000.

Lehmann, a business marketing and business management major from Grand Haven, Mich., said, “As the president of Enactus, it makes me very excited for what the future holds for our team. It’s a tremendous honor for our team, and by making it into the top 40 we’ve gained the respect of Enactus USA and the other Enactus teams. Our finish gives us more credibility, and the money we won will go right back into our project budget for next year. As we continue to work hard and glorify God with our projects, the future is bright for our team!” 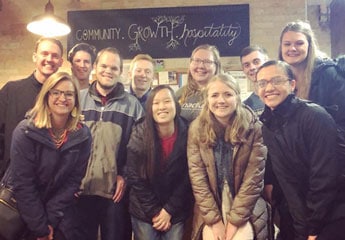 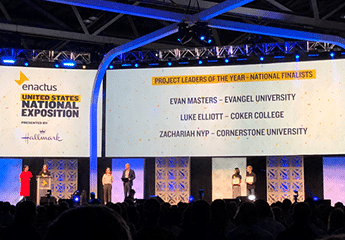 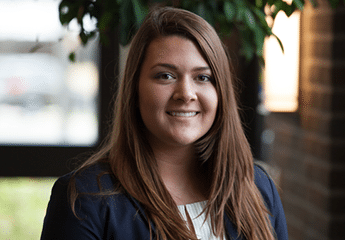 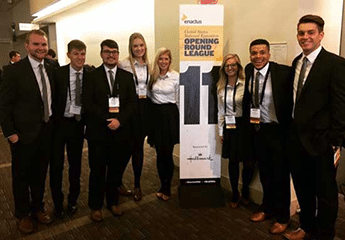 Cornerstone Enactus Ranked One of Top 50 Teams in the Nation