If You're Emotionally Intelligent, Beware of These Downsides

Emotional intelligence is a fantastic gift. It makes you sensitive to the feelings of others, gives you the ability to harness emotions and allows you to use your own emotions for good.

We’ve all interacted with someone who has a low emotional intelligence. It’s really frustrating, right? When you tell them you’re struggling with a problem or feeling down, they look at you as if you’ve just told them you are part android. They don’t get it.

Or when they see you stay calm in the midst of a chaotic situation, they think you’re some sort of superhuman because you don’t get angry or fall into a fetal position inducing panic. In reality, you just have a relatively high emotional intelligence.

If your emotional abilities aren’t in hand, if you don’t have self-awareness, if you are not able to manage your distressing emotions, if you can’t have empathy and have effective relationships, then no matter how smart you are, you are not going to get very far.

But being emotionally intelligent isn’t all sunshine and roses. With every gift comes unique challenges. Strong leaders can be domineering. Creative geniuses can struggle with organization.

It’s human nature. We all have our faults and flaws.

If you’re emotionally intelligent, you need to be keenly aware of the downsides your gift presents. If you’re not, you can find yourself in challenging, even harmful situations. That may sound extreme, but it’s true.

What are these downsides?

Let’s dive in a little deeper.

YOU MAY AGREE TO COMPROMISING ACTIONS

When you’re emotionally intelligent, you’re keenly aware of how others feel in any given situation. While this can be a huge gift, it can also lead you to choose poorly due to your own feelings.

For example, say your boss asks you to slightly fudge financial numbers, which you know is wrong. But you can tell that he’s struggling emotionally with the situation because his job is on the line. Even though you know you shouldn’t, you may be tempted to do what he asks because you feel the weight of his emotions.

YOU MAY BE TEMPTED TO MANIPULATE OTHERS

On the flip side, your emotional intelligence may also tempt you to manipulate others, either intentionally or accidentally. Emotions are highly motivating. They can be used to apply pressure to people to perform certain actions.

Some individuals, especially those who are somewhat narcissistic or have sociopathic tendencies, can be very good at manipulating the intense feelings of emotionally intelligent people.

Recognizing the power of emotions, another one of the most influential leaders of the 20th century spent years studying the emotional effects of his body language. Practicing his hand gestures and analyzing images of his movements allowed him to become “an absolutely spellbinding public speaker,” says the historian Roger Moorhouse—”it was something he worked very hard on.” His name was Adolf Hitler.

Or, as a more typical example, let’s say you ask a coworker to help you on a project. Because you can read people’s emotions effectively, you can tell that she’s struggling to say no. In that moment, you may be tempted to use your own emotions to push her toward helping you, even though she doesn’t want to.

[Some emotionally intelligent people can] intentionally shape their emotions to fabricate favorable impressions of themselves…The strategic disguise of one’s own emotions and the manipulation of others’ emotions for strategic ends are behaviors evident not only on Shakespeare’s stage but also in the offices and corridors where power and influence are traded.

Of course, if you’re aware of this tendency, you can take specific actions to fight against. You can make sure people always feel the freedom to say no to you and be extra careful about putting emotional pressure on people.

YOU CAN PREVENT CRITICAL THINKING IN OTHERS

If you’re emotionally intelligent, you know how to work a crowd. You know how to use your emotions, words and even facial expressions for maximum impact.

Think of Steve Jobs. He was able to convince millions of people to purchase his products thanks to incredible speaking ability. Is the iPhone the greatest piece of technology ever created? Probably not, but Jobs had us all believing it was.

In his book “Steve Jobs,” Walter Isaacson notes that a coworker of Jobs said:

Steve has a reality distortion field. In his presence, reality is malleable. He can convince anyone of practically anything. It wears off when he’s not around, but it makes it hard to have realistic schedules.

If you have a high EQ, you may be tempted to employ similar “reality distortion” techniques. Rather than helping people engage a problem with critical thinking, you motivate by emotion, which in turn can lead to poor decisions.

One simple way to fight against this is to ensure that people have sufficient time to digest what you’ve said and ask questions before they take action. Emotions tend to wear off, which then gives people time to think critically and carefully through a problem.

YOU MAY HAVE TROUBLE SCALING

If you’re emotionally intelligent, you probably excel at one-on-one engagement. You’re sensitive to people’s needs, able to respond to their emotions and have the wherewithal to ensure that they feel validated.

These wonderful skills, however, can be difficult to scale beyond a few people. If you’re a leader, you have to manage the competing needs of many people. You have to lead group meetings and try to arrange compromises. You’ll simultaneously feel the weight of one person’s frustrations and another person’s joy.

These conflicting emotions may make it difficult for you to effectively navigate the conflicting priorities found in any organization. You may feel a constant sense of letting people down or not being everything to everyone. Even though this is impossible, you still bear that weight.

If you desire leadership, it’s essential that you realize this is part and parcel with the job. It’s not a problem with you or an inherent fault. Every leader has to confront multiple desires and say no to some people. Don’t take this personally.

YOUR SKILLS MAY NOT BE VALUED

Depending on your job, you may find that some people simply don’t value your emotional intelligence like they should. Jobs that are more numbers or data driven, such as accounting or computer science, tend to place more value on analytical abilities than emotional ones.

As such, you may find your emotional intelligence unfortunately dismissed by some individuals. In these cases, you may be tempted to get discouraged or frustrated, feeling that your input and ideas aren’t wanted.

It’s essential to remember that in every job, emotional intelligence is a valuable skill. Even if the job itself is more data driven, you will still work with people to some degree. You will interact with managers, coworkers and customers. You will still need to navigate emotionally challenging meetings. Even though you may not feel valued, your skills are essential.

Apply EQ in any career

Emotional intelligence is an amazing skill to have. It makes you empathetic, gives you insight into the joys and struggles of others, and helps you manage your own emotions properly. All of us could benefit from some level of that emotional sensitivity.

Are there some downsides? Of course. But if you know what to watch for as well as your own weaknesses, you can effectively guard yourself against these downsides.

Too often we underestimate the power of a touch, a smile, a kind word, a listening ear, an honest compliment, or the smallest act of caring, all of which have the potential to turn a life around.

A benefit of understanding EQ is that it’s applicable in any career. Learn how PGS can provide you the opportunity to utilize your emotional intelligence.

Learn more about our adult programs

Learn more about our graduate programs 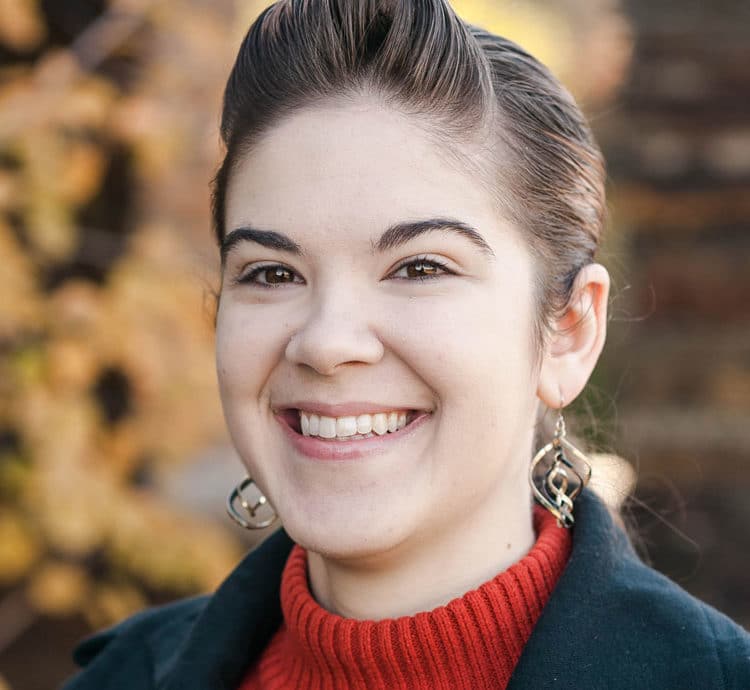 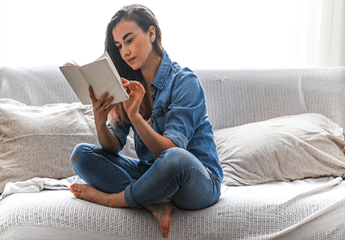 5 Ways Reading Can Change Your Life (And Best Practices) 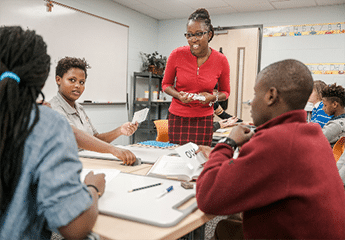 A New CQ: The Community Quotient 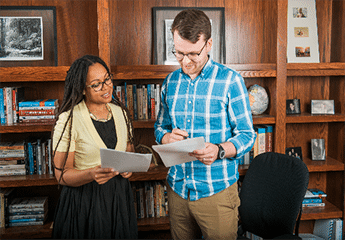 Do You Understand Employee Engagement? You Need To 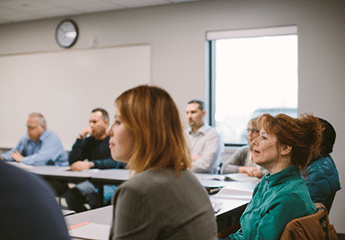 What Are Multiple Intelligences and How Do They Affect Learning? 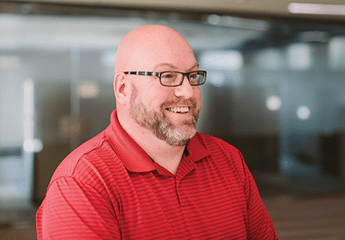 5 Traits That Set Great Leaders Apart From the Pack 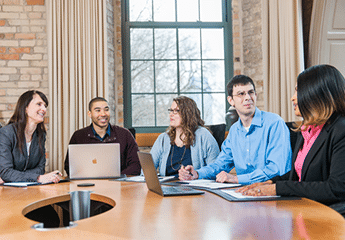 Are You Emotionally Intelligent? Here’s How to Tell